We’re delighted to announce our latest ARA partner: Logic Pro X. Yes, as of now, Melodyne 4.2 and Logic Pro X 10.4.2 work even faster, more efficiently and in a more userfriendly way together by taking advantage of our ARA interface extension.
That’s good news for all Logic users!

But since Melodyne 4.2 also contains numerous bugfixes and all kinds of other optimizations (also for other ARA and non-ARA DAWs), we recommend this update to all our other users as well.

ARA in Logic: Melodyne 4.2 supports ARA integration into Apple’s new Logic Pro X 10.4.2. With ARA, transfers are no longer necessary in Logic, and Melodyne follows all changes made to the audio track.

Improved interaction: Melodyne 4.2 interacts even better with Studio One and now requires Studio One Version 3.5.6 or later.

Additional keyboard shortcut: You can now assign a keyboard shortcut from the Preferences dialog for the command “Reseparate Notes at Starting-Point Lines” that appears in the context menu in Note Assignment Mode; the shortcut is then also available in edit mode.

Tak til alle for gode råd 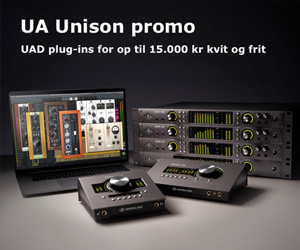