So, I'm in the midst of restoring a bunch of old casette-tapes that my father recorded in the late 70's to the early 90's (he passed in 1994 - brain tumor)
Some of the later stuff also contains works we did together, and now was the time to save these old tapes before they degrade completely.

In 1984 he got a DX-7, Roland Tape Echo, 2 casette recorders and a Boss DR-rythm drum-machine for his small studio. In 1986 I bought a Commodore 64 and was old enough to catch interest in making music, and I started to help him out.
He bought us a midi-interface for the 64, and we got a whole library of Dx-7 sounds and a small sequencer - heaven! He also bought a drum-software for it called "Microrythm", while being monophonic it was sample-based and had a much better "umph" than the Dr- Rythm....

The other night I sat and looked the tapes over and found a tape labelled "Microrythm Drum Patterns", Then I though.."would it be possible to restore"?
Now, a C64 emulator is easy to get hold of, but what about "Microrythm"? 10 minutes later, I found it and had it running ......Now I "just" needed to convert the tape in some way. AHA! The C64 emulator comes with a virtual datasette and it reads ".tap"-files, so I just need a converter. And thanks to all the geeks out there, there is a "wav2tap" software that does just that!
So, I recorded the data tape as a wave-file, ran it through "wav2tap" and got a tap-file. I opened microrythm, hit F5, and it said "Press play on tape" - I started the virtual datasette, and 5 minutes later I was able to make it play drumpatterns and arrangements that we had programmed in 1986-88!! DAMN that was neat - talking about a blast from the past!

Now I need to get hold of a reel-to-reel machine, since there are about 10 tapes I want to restore. Most of the music IS allready restored since it was copied to casette sometime in the 80's and I have those, but It'd be really nice to get the originals instead....
Luckily, there's a guy selling a near-mint Revox A77 not far from here for around 200$. I'm gonna grab that if it's as mint as he says it is - otherwise there's, also luckily, an old guy not far from here that can bring it up to near-mint for around the same amount. Unless the heads are shot, but I know what to look for.....

Some more fond recording memories that came back when listening to these old tapes.

Since we only had 2 casettet recorders, such things as punch in/out or other neat tricks wasn't possible.
Usually, and drum-pattern was programmed and then played back while the bass was also played and recorded live on tapedeck 1, from end to end. If you made a mistake, you'd have to start all over again....
The the chords were then overdubbed by playing deck 1 into the mixer while playing the chords on the Dx-7, recording the stuff on tapedeck 2. That ment, that when a tune was done, the drums and bass were a 4. or 5. generation - yikes! Also, mixing was done on the fly and it also meant that the more sound/details you could make per recording pass the better....if you could save a pass, you'd do it.

The first recording of me performing, is me overdubbing cow-bell by tapping the "c"-key on the C64 while he overdubbed some small effects and details on the DX. There was no click or anything and I remember we had to do it many times. Either I screwed up or he did! I even have recordings of out-takes, haha

The most crazy thing we did was this :
He badly wanted a 32th note arppeggio in the chorus of a tune, but there was NO WAY to sync the tiny midi-sequencer we had running on the 64. Even if it had been possible for the sequencer to sync to SMPTE, we didn't have the equipment to generate the timecode. And even of we did, we didn't have any means of recording it. Well, we could, but I don't think anyone could bear to listen to a mono-tune in the left speaker and a howling timecode in the right speaker, hehe.

There was only one way to do it : Start the sequencer at the EXACT right time; and that's what we did. Or I did....since it was only meant for the chorus we could spare a recording pass of verse-details/chords by :

Start playback on deck 1
Record on deck 2
Old man plays his noodling in the verse, and JUST before it ends, change preset on the DX-7 to the arppegiator-sound AND quickly noodle the mixer-controls for this new sound.
Me pressing play at the right time on the sequencer.
Me stopping the sequencer at the right time
Old man switch preset, resets mixer for the 2. verse.
Repeat for 2. chorus and outro.

Damn, we had to do that many many times before we got it right.....
Microsoft Certified MCSA
Top

So, after "fighting" with recording from casette to casette for a couple of years, it cam to our attention that the local music-library had a small studio that local citizens could book (for free!)

It was really well-equppied, and it was the first time we tried a "real" computer-based sequencer and all. (The C64 could only hold a few thousand "events" on 1 track). IIRC, the studio had :

Atari ST with Cubase 2.0
Atari TT with a sampler software - the AD/DA was housed externally in a 19" rack. I think it was called ADAP-somthing or similar.
Oberheim Matrix 6
Oberheim Xpander (I'd give an arm and a leg to get one today

From then on, we were hooked! But, the down side was, that the studio was very popular, so you sometimes had to wait 2 months to get into it

Frustrating to say the least!
After a year or somth. the old man, who didn't wanna spoil me too much, said to me :
"Son, if you work your ass of at the gas-station and raise 10.000 kroner, I'll put in 25-30.000 (can't remember exactly), and we go buy our own equipment and see where it takes us"
That summer, I took all the work I could, and by december, I had saved the amount. In the meantime I had been studying the german "Keyboard" magazine (a lot), so when the time came, I was pretty sure of what to get.
The old man, recognized this, and more or less accepted that I knew more about the stuff than he did. He said "Find out what we need, and make a budget"
As he worked in the insurance bussiness he had a lot of contacts, and he was quite popular amongst his clients (some even turned up at his funeral). So, he knew he could get som 10-20% off at this music-store he had insured, if payment was cash and upfront. Very nice.
I came up with this :

Korg M1 (Multi-timbral, 4 outputs)
Emu Proteus 1(Multi-timbral, 6 outputs)
Alesis Midiverb III (we bought a Yamaha Fx-500-something earlier, so now we had 2 fx-machines+the ones in the M1. We also had a TC Stereo-Chorus)
2. hand Atari 1040STE with Cubase 2.0
Samick 16 channel mixer. Crappy, but we could afford it
Fostex 280 4 track cassette. Had a nice mid-parametric EQ
Rotel amp for the speakers. The old Roland mixer was powered, so we needed one.
And of course - we kept the DX7

I still remember the day we picked it all up.....better than any xmas day I had experienced. And DAMN there was a lot of reading to do. For the next couple of weeks the old man and I were buried in manuals. Reading while eating, while visiting the loo - you name it. So much so that "old lady" got tired of it. In hindsight, I'm not sure she got any satisfaction on the intimate front during those weeks, haha

Slowly, but surely, this setup turned out to be awesome and I have many fond memories of working with it.

A couple of months later, we had made a tune but really wanted to have a quite special solo-instrument going. But the board was full - no more channels available and no polyphoni of the synths was left. But hey! The music-library had this SMPTE device with the 8 track.....was that possible with our 4-track?? Yes it was! Fostex had made a device that you could hook up to it with a propriatory connector to the tape-machine and that would accept MIDI and all....
And it wasn't overly expensive either - so we got one. It really opened new doors for us - yet again.
So, we hammered away with it, and it worked beautifully! There was only one downside.
The Atari was pretty much center-piece in the studio, but when using SMPTE, it was made a slave to the tape-machine. Quite annoying to say the least.....
I then looked over the manual of the SMPTE device, and it turned out that it could be remote-controlled via SYSEX! I "only" had to make this kind of "virtual"midi-device in Cubase, program it appropriately with the right commands, and the Atari was again center-piece. I still remember yelling after the old man to get into the studio to see what I had done, pressing a button on the computer and the Fostex first rewinded the tape, and then played.
Old man was impressed

The only down side was that only 1 track was left for this solo-instrument, so no stereo fx or the likes could be recorded. We sorta solved it by using an ordinary casette-player in the setup.
So first, we'd record a SMTPE track on track 4, then record the backing to track 1+2. Then we'd clear the mixer and set up for the solo. We'd then roll the 4-track tape and :
Record everything to a normal casette as well, track 1+2 + solo mixed, getting it all in stereo, but also, for safe-keeping, record the solo in mono to track 3.

So, after dumping all of these tapes to the computer, some problems of ancient technology has surfaced, namely the usage of Dolby noise reduction.

The fostex 4 track casettes were recorded with Dolby C, so you would think that I can just enable that on the deck I use today in the dumping-proces....wrong!

Dolby C is basicly a sidechain-compressor that works on freq.'s over 1khz when recording and then uses expansion, the opposite of a comp, on playback.
Another problem with Dolby C is, that it's the worst sounding of the three dolbys when played back without it. Dolby C is basicly a doubled-up Dolby B.....

So, as it is frequency dependant, and since the Fostex tapes were recorded at double speed, this wouldn't work with a normal casettet-player that I use now. So I had to dump it without Dolby C....BUGGER!
And boy, can I hear it; the 4 track tapes sounds brittle and with no dynamics when played back at normal speed on the computer - double bugger!

So, last night I tried to fake it ; I inserted a side-chained/freq. dependant expander on the tracks and OH BOY did that make a difference. It was like night and day!
The tapes sounds as good as they can now 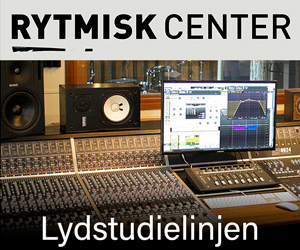