Goodevening Soundmachine - this blog will be in english, sinse i wont bother translating it, should i choose to share it other place.

Acid Puppy's the name - hunting vibratory technology is the game

An Eccentric Adventurous Hoboe maniac Travelling like a confused moron..

Currently assigned to a post of the honurable titel "agent", with the - "Interzone Incorporated", (a top secret interplanetary agency, with clients in all districts of the galaxy)

Oh boy do I have some sweet literary sugar-dew for you tonight.
I came to an conclusion, that seclusion and secrecy is pointless. None of you will believe this madness anyway...
That is why, fellow Sound Fanatics, that I have chosen to share my private Log's, from my most hair-raising adventures - oh yes! That were originally intended to return for the main dispatch/office of "Interzone Inc." - but since they recentlt aborted my "writing" calling it "ludicrous" and "obnoxious" I certainly wont send them in Ever againg ('HUH).

I wont bother you with personal detail's - Rather I'll jump straight into the log... Only problem is, its written in an alien language I cant recall after having my brain swiped by the CIA (you darn rascall yo-uu ;D), so it will take time translating it, and thus it will be presented bit by bit - in some sort of EPISODE kind of way, you dig? Righto here we go--->

I am at this moment located in the Amazon, northeastern Peru.
More accurately in the vicinity of the distant jungle city they call "Iquitos".
Renowned for it's mysterious shaman's and interdimentional activity. I came here on an assignment from "Interzone Inc." to try and uncover they recent Indecent High Frequency outbreak in and around the Napo River basin. (they are getting too close to civilisation)

Peruvian's, They are savages, making babies and eating fried chicken... haven't had a real shower, a descent meal or met a proper person since I arrived.
- It's been 4 months now in this Alien environment - been on numerous expeditions into the hungry main-jungle, all the bugs, the jungle cats, every little black dot and every pathetic little blimp piece of slime just want to eat and kill you here ... have had my first encounter of 1st degree ... the happenings and interventions are no longer mysterious to me, I just want them to stop.

Interdimentionals is(and have been for quite a number of years) gathering in the jungle... The shaman's or "curandero's", as they call them here, is communicating with them - and introducing them Incognito, into the ayahuasca ceremonies with naive gringo's attending, to have metaphysical rape sex with them..

Now just hold up there friend's... I know some of you probably don't know what the deuce kindda Jive I'm spittin' - But give it a moment and I will try my best to elaborate.

lol - a shaman is a man that can make your bald head grow back - a man that can turn into creatures and suck your eyes out of your ears with a snap of his fingers... now thats a real shaman, youll never meet him. Youll find all the frauds and old demented deranged morons that THINK they can cure you - but really theyll just fill you up with plants. Plants aint always bad...

Ayahuasca is an Amazonian plant mixture that is capable of inducing altered states of consciousness, usually lasting between 4 to 8 hours after ingestion. primarily used as a medicine and as a shamanic means of communication... The main ingredient is; Banisteriopsis caapi, secondary ingredient is either chacruna (Psychotria viridis) or chagropanga (Diplopterys cabrerana), plants that contain a relatively high amount of the psychedelic substance DMT.

Well... Either because they're very I'll (the stuff have a reputation for curing cancer, aids ect...)
- But most likely Because they are stupid hippies or posh-heads and cant handle their Ego problems - and think that a mysterious shaman and his cup of juju' will set them straight...

"Oh well - but mister Acid Pup', why are you ramblin on an on an on bout this menacing silly stuff, and what the f*ck does it have to do with SOUND!?"

Well ... dear friend's ... only your patience to read will tell. So let me cut back into the log! you restless fool's...

Now you see, not all interdimentional- "creatures" or "occurrences" are bad and evil - not at all - we are the confused morons that are afraid of dying. Most of them are just our own interpretation of alien realities a skew, when we are afraid, curious or stupid... now im afraid of dying, and thats why I cant observe them objectivly - im afraid so...

"Its all in the vibration of the given subject/object location or phenomenon - and our private rotary capabilities to perceive it/them(or anti-perceive them, as you would when you get irrationally scared)."

Yes I have confirmed this theory by travelling in time. In time-shifting you are able to slow down time - and when you slow down time you are able to perceive multiple realities - when observing multiple directions of possibilities of inherent outcome, you quickly see that you can now shape your abilities - not only to understand other worlds, but to shape them as well!

Ok - so where was I? ..
Right ... Interdimentional Rape Sex - yes, these specific interdimentional creatures - are infact evil. Forget everything i just said - they are evil and they want to rape and kill humans - preferably they would love to keep us (barely)alive for an "on-flight" rape puppet. Yes dear dispatch - and they don't rape with mere limbs or organs - they f*ck and suck your life energy out of you - they put their shady slime tentacles in your images of you family and loved ones - kills them in your head and make you f*ck the corpses (while they penetrate you energetically) ...

As earlier mentioned - the Local brainwashed shamen is working in tight alliance with this certain tribe of interdimentional's. They use the combination of N,N-Dimethyltryptamine, Scolopamine, Aqua Florida(insensed alcohol) and other "unknown substances". as a key to entry the human world - they enter the human world. Worth to mention is the, of the "unknown substances", a black/darkmatter fabric they use to tie up interlacing matter.
(interlacing matter is matter that travels between dimentions, that can be thought's, emotions, actual dissolving physical matter, fire some gas forms, some minerals and so forth)

what they gain from this act, can be compared to what Human's feel when "gettin into" a cocain habit.. more and more is never enough - the sounds and organic sensation's they create under the "act" is nothing less than - pure diamond-grade-horror. The way Human brain chem-fabric intereprets these sensations create visions of pure hell.

So I was raped and kidnapped ... Following is an report I wrote trying to recollect the days before - how i got there and came back...


Here ends the first part of the translations - sinse its now 04:26, and i am afraid of taking more Cocaine. Goodnight/goodmorning.
[url]http://www.acid-puppy.com[/url]
Top

hey puppy, i love your stuff.
i can friend you on soundcloud, i just check the stuff now.

peru and things with music from the mind, is my thing. but i dont use any plants to make trance

when did you move to peru dankermand `? 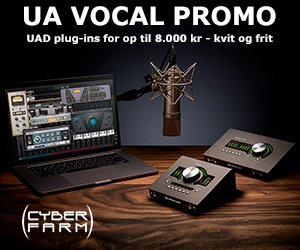